In early 2015, Microsoft, the world’s third most valuable commercial enterprise, found itself at a strategic crossroads—should it harvest its extensive and profitable portfolio of software products OR, should it utilize its considerable financial resources to create and develop new businesses.

Recalling the Boston Consulting Group matrix, Microsoft could put its resources behind its cash cows (a safe alternative) instead of trying to develop stars (a risky strategy). 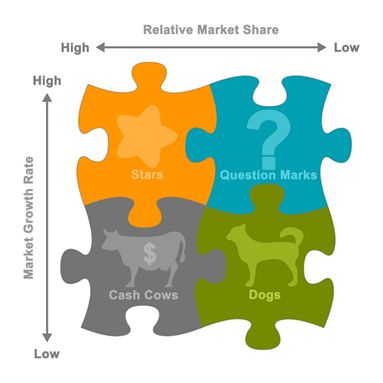 The background behind the article is the strategic dilemma faced by Microsoft Chief Financial Officer Amy Hood and the rest of the senior leadership team. Was the company ready to invest in long-term growth at the expense of some short-term profit margins?

Foley provides some added prospective because Hood was an HBS student at the same time Foley was a PhD student at Harvard.  He sets the stage: “I have been struck by the transformation that they are in the midst of. This is a company that, it’s hard to remember this, in the early 2000s the stock price was stuck in the $20 to $30 a share range,” said Foley.

“There was a group of people who were calling for the firm to be managed essentially for cash distributions and for increased margins. And then there were some growth opportunities the company faced simultaneously. There was a real choice as to what direction to head. I think this is a compelling choice that many other companies face. It’s a powerful example for me to highlight in a course I teach about chief financial officers.”

The key choice, according to Foley, “It’s a very hard tradeoff to make. In teaching my MBA students and executive education students…I ask them, ‘Would you sacrifice some margin for growth?’ I’m always struck how hard that question can be and how many people don’t have much intuition for it. Other companies go the margin route.”

When one looks at some of the more recent disasters in high-tech and communications similar patterns emerge.

According to Foley: “Many People find it easier to see the benefits that come with cutting costs and looking for efficiencies and worry that what may come with growth could be elusive.”

Kenny replies: “Is it a situation where the margin choice is one that’s probably more comfortable and returns are going to come sooner? And the growth choice is a little riskier, and for a risk-averse culture probably harder to implement and you’re betting on the future. Is that fundamentally what the choice.”

Clearly it is a hard choice but with new technologies and innovation coming so rapidly into the marketplace, did Microsoft really have a choice?