The Federal Aviation Administration is contemplating an $8 increase on domestic round-trip ticketing fees.  In response, Delta Air Lines Inc. claims that for every $1 increase in facility charges, passenger demand declines by more than 1%. That would imply a primary demand elasticity of about three. Seems right. So, an $8 facilities charge increase would decrease flight travel by 8%. That seems bad for business, and not just airlines—but bad for you too. 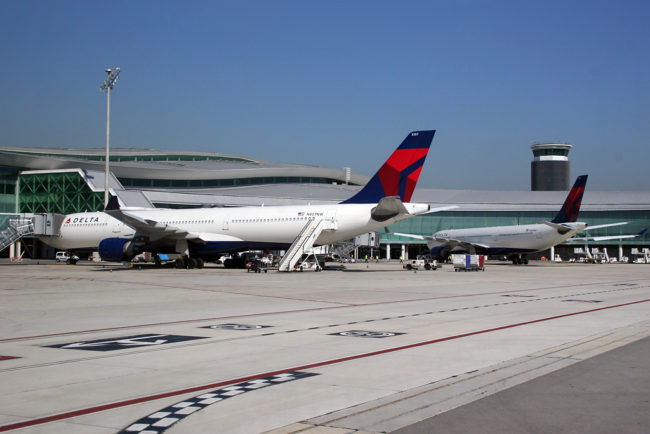 Barbara Kahn, Professor at Wharton, stated: “People don’t judge prices absolutely, they judge them relative to some comparison.” Cynthia Cryder, associate professor at Washington University, stated: “Multiple mental deductions based on promotions can result in consumers perceiving that their costs are lower than they actually are.”  Both are spot on in response to Kohl’s, Macy’s, and J.C. Penney making moves to either reduce stacking discounts, or calculate the impact of a percentage discount on the final price. For budget-constrained individuals, this may reduce mental complexity thus making it easier to buy. For others, this reduces the value of discounts to drive sales. Will it remain a niche movement or become standard practice across all retail?  The rising portion of online shopping with clear discount calculations may drive it to be the norm in the long-term, but we live in the now. Expect it to remain a niche practice for the immediate future. 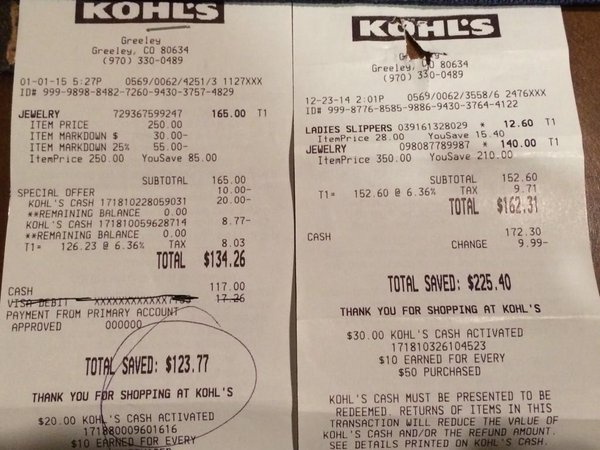 Cumulus Media, the second largest radio network in the U.S., went bankrupt following pressures from staggering digital platforms. Now iHeartMedia is going through debt restructuring and the financiers are pushing hard for complete control. Revenue has been declining slowly from $1.56 million in Q3 2016, to $1.54 million in Q3 2017.  Part of a long-term trend? Maybe. Sirius, Pandora, Spotify and many others are growing—they have to take share from somewhere. Still, their billboard assets must have value. Digital onboarding alone is not an option for any business. 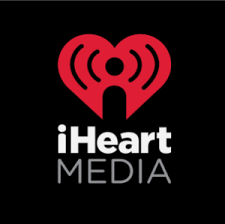 Kroger Fuels Business, in Both Good and Bad Ways 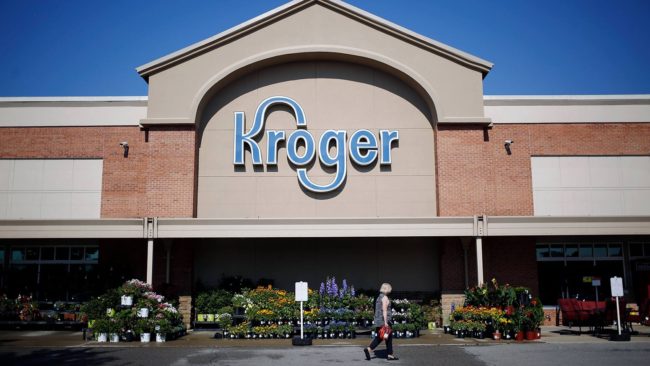 Barnes & Noble, along with all brick-and-mortar booksellers, have had to cope with the Amazon effect—but how? They plan to increase focus on books over tchotchkes. Will that work? Hard to say. Market research says that’s what a Barnes & Noble shopper wants, so it seems rational. They also plan to roll out more stores with smaller footprints. The average Barnes & Noble is 26,000 sq. ft.  New footprint size: 5,000 to 20,000 sq. ft. including a 10,000 sq. ft. prototype store in Plano. Further evidence that retail footprints will shrink in response to the growth of digital sales. Good luck Demos Parneros, CEO Barnes & Noble. I support the move to smaller footprints. Make it work.

Gillette Faces Up to Subscription Sales

Gillette used to have over 70% market share for razors. Now it is in the 50’s. What happened? Dollar Shave Club cut into their market successfully. Response: forget the blade count and focus on the price.  Gillette launches Gillette5 and Gillette3 at prices below that of their Fusion 5 and Mach 3, but still above a Dollar Shave Club 6 Blade and 4 Blade, respectively. Will this work? Offering lower benefit/lower prices only work if they increase the market share. These seem posed to do exactly that. But still, the price may be too high. Self-cannibalization is better than competitor cannibalization, but I am not confident that Gillette has gone far enough.

Collective cost for 10 toys at popular e-commerce sites are highly correlated overtime despite high fluctuations. In just 20 days, the price for a basket of goods decreased from $1000 to $870, taking a whopping $130 out of profits. Overtime, Amazon, Target, and Wal-Mart can all be observed driving prices lower and their businesses are doing well.  Only Toys “R” Us appears to be a fast follower, perhaps in response to their business recently being on shaky ground.  Perhaps the millions spent on algorithms and price-scraping software did pay off—or at least provide a buffer for survival in the coming digital era. 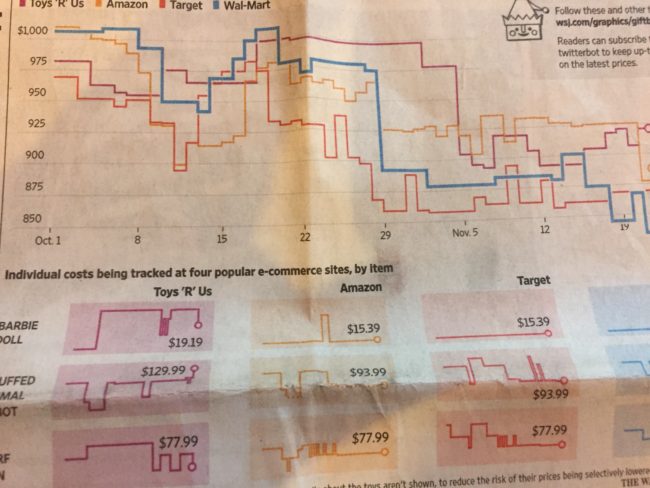 Amazon.com has lowered prices on goods sold by independent merchants on its own website, and covered the cost of the reduction out of its own pocket. Yes, I can see why “discount provided by Amazon” would make sense for Amazon if Amazon’s margin on third-party sellers covers the cost of the discount. But, it will irritate merchants of authorized good and the originating producer when it lowers prices between channels on goods that benefit from direct communication of benefits, to drive sales.  Brand name merchants: if you didn’t get the message, get it now. Bezos doesn’t care about your horizontal channel conflict.  He want’s volume dominance even if it means very low margins, and his investors will pay for it.  How long will such counter-evidence strategy be funded? 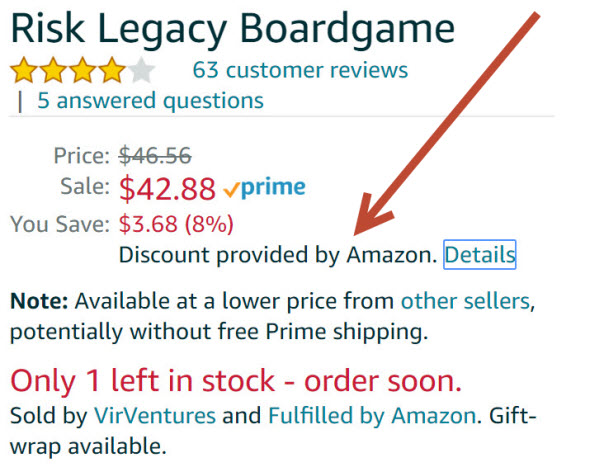