40 Years of Profitable Service: A Case Study on Southwest Airlines and Target Pricing

Most pricing strategists would agree that having a low price does not, in and of itself, constitute a competitive advantage.  In fact, thinking that low prices are always a good strategy for competition is deeply misguided.  However, at times, targeting low prices can lead to a strategic focus which delivers tremendous results.  For example, Ikea, Wal-Mart (WMT), and Southwest Airlines (LUV) all have low prices and profitably take market share.  In this article, we will examine the flaws of assuming low prices leads to a competitive advantage, then demonstrate how one firm, Southwest Airlines, redefined the product concept through target pricing to win the market profitably.

Why Low Prices Alone Are Not a Competitive Advantage

In studying competitive advantage, we have gone a long distance from Michael Porter’s three generic strategies of niche, mass, and low-cost.  Modern competitive strategy will often examine firms from a resource-based view.  According to this lens, competitive advantage derives from leveraging an inimitable resource to deliver value at a lower cost than the competitors.

Price is a completely imitable resource.  Any company can match the prices of its competitor if it so chooses.  Hence, arguing that a low price is a strategic resource, or that it leads to a competitive advantage in and of itself, is illogical.

Observation supports the viewpoint that price is inherently imitable and therefore not a competitive advantage.  Though low prices may deliver a large market share, that market share usually comes at the cost of profit.  Given the choice between being big but unprofitable, and being small but profitable, a wise businessperson would choose the latter.

Herb Kelleher, Former CEO, Southwest Airlines, stated a similarly:  “Market Share has nothing to do with Profitability.  Market share says we just want to be big: we don’t care if we make money doing it.  That’s what misled much of the airline industry for fifteen years after deregulation.  In order to get an additional 5% of the market, some companies increased their cost 25%. That’s really incongruous if profitability is your purpose.”

Likewise, Sergio Marchionne, the Chief Executive of Chrysler, noted, “Unprofitable volume is not volume I want … We have a very good track record on how to destroy an industry – run the [plants] just for the hell of volume, and you’re finished.”

The Importance of the Marketing Orientation of the Firm

We should also note that Herb Kelleher was a master at achieving low prices.  Moreover, low prices are a core part of Southwest Airlines’ strategy.  This vision has permeated and stayed with Southwest Airlines for over 4 decades and has delivered both growth and market share.

To make low prices work to a firm’s advantage, the firm must redefine the product using the marketing orientation.

The Marketing Orientation and Value-Based Pricing

Cost-based pricing derives from a production and/or sales orientation, wherein the firm begins with its product, determines the cost to produce, adds an acceptable markup, and then uses selling pressure to get customers to buy.

In contrast, value-based pricing begins by seeking to understand the value customers demand and the price they are willing to pay to achieve that set of benefits.  Only after the price is determined does the firm then work to uncover means to produce the product at a cost below the willingness to pay of its customers.

In the marketing orientation of the firm, the firm exists only to serve a customer need profitably.  If it cannot serve that need profitably, the firm should choose not enter that industry or consider exiting the industry if it is already in it.

In keeping with the marketing orientation of the firm, the price of a product will guide the definition and development of the product.  This is sometimes known as target pricing, where the price becomes the target and the product is then designed to fit that target profitably.

To enable a product to hit its price target profitably, the firm will re-conceptualize the product in comparison to its competitors’ offerings.  This requires strategically subtracting high-cost features that its target customers do not particularly value, and then adding low-cost features that they do.  The result is a value-engineered product, one which has been completely guided by the value demanded by the target customers, at the price necessary to capture those target customers, and at a cost which lies comfortably below the targeted price.

Southwest Airlines has used the target pricing and utilized a marketing orientation since its infancy in 1971, even though these concepts were not fully defined back then.

First, starting with the customers and the value they sought, Southwest Airlines initial target was customers traveling between cities in Texas, specifically between Dallas and Houston, Dallas and San Antonio, San Antonio and Houston.  While Texas is larger than many countries, it isn’t so large that people can’t drive from city to city.  Hence initially, the most comparable alternative to Southwest, and therefore its prime competition, wasn’t other airlines. Instead, it was the car.

In uncovering the car as the competing alternative, Southwest was able to also identify the target price of its offering.

Second, to compete with the car, Southwest Airlines had to price their service relatively similar to the cost of car travel.  With this target in mind, they chose $20.  While $20 is lower than the government allowable tax deduction for travel, it is also significantly higher than the price of gas alone to drive between these cities.  Thus, at this $20 price, Southwest Airlines could be confident that it would capture many of the travelers that would have driven and convert them into short-hop air travelers.

Third, the product was redefined to serve customers at this low price profitably.  Consider what was removed from air travel and what was included instead.  The below list can be lengthened, yet serves as a good starting point. 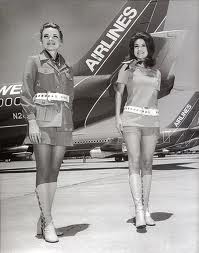 From this list, we see a number of items which an airline would usually use to define superior value removed from Southwest Airlines offer.  A Southwest customer couldn’t be treated to first class, couldn’t get food, couldn’t book them as part of a larger trip, couldn’t book with them through an agent, and couldn’t even preselect their seat.  All of these features were exactly what defined a competitive airline at the time.  And, all of these features added cost.

Instead, Southwest Airlines selected a specific target customer — a Texan traveling between cities in Texas — and then determined what it would take to satisfy that customer.  That customer was far more interested in travel efficiency than travel class.  That customer would be glad to forgo a meal, especially in exchange for a friendly flight attendant and a Dr. Pepper.  That customer was trading off driving for flying, and needed flexibility in booking rather than navigating through the decisions and planning related to yield management.

This service described does not meet the wants of every customer that could have flown Southwest Airlines, but it does describe those of the target customer.  And, given the choice of mediocrely satisfying everyone at a high cost or highly satisfying a select few at a low but profitable price, Southwest Airlines rightly chose the latter.

As a result of tightly defining the value sought by customers (efficient and flexible travel), and the price ($20), Southwest was able to meet the needs and surpass the expectations of their target customer.  Moreover, it was able to do this at a significantly lower cost than a standard airline.

Southwest Airlines has succeeded because of their marketing orientation.  This marketing orientation has led to target pricing, or pricing from the customer’s perspective of value backwards to the product definition and cost.  The result has been one of the most profitable airlines in the history of commercial air traffic.

A lot has changed since 1971, but the core of Southwest’s market strategy hasn’t.  It still focuses on simplicity, efficiency, and fun.  It still delights its customers with a less-conventional service than its competitors.  It generally still offers lower prices and is generally still profitable. As a result, it is still growing.

So can low prices deliver a competitive advantage?  NO, not alone.  But target pricing, where the price and benefits demanded by customers leads to a strategic focus that drives a redefinition of the product and service, can deliver a winning competitive advantage.  One where a customer need is met at a cost below the price the target market is willing to pay.

Nota Bene: At the time of writing, the author is not currently a direct consultant to nor investor in any of the firms listed in this article.