Is It Time for Prepaid Gas and Electricity in the States?

Individuals from utility employees at Cinergy and Nevada Power that expressed a high level of interest in prepaid metering at the Spintelligent Metering, Billing, CRM/CIS Americas conference held in Chicago, IL during May 2003 and sponsored by Elester, Excelergy, Itron, Kema, and Olameter.

The interest from the utilities in prepaid billing is related to the problem utilities face from bad customers and its effectiveness observed in two US test markets.

Many utilities would like to find another way to serve bad payers. Prepaid metering and billing represents this alternative. Surprisingly, customers like it as well.

In the AMPY prepaid meter and billing system as explained by Paul Taylor, Sales and Marketing Manger of AMPY, customers are given a card that holds the amount of gas or electricity that they have purchased. When the value of the card is used up, the customer is able to recharge the card at a distributor and continue using the gas and electric. If they don’t, the electricity shuts off or is curtailed to a level determined by other arrangements. The electric company is given the information as to demand level. And, the customer can monitor their consumption on a wall mounted digital meter.

In the past, efforts to deploy prepaid billing arrangements have faced tough negative reactions from regulators. Gas and electricity is somewhat assumed to be a right in the US. Turning off heat during the winter raises consumer backlash that operates through state legislatures and discourages the action by the utility. Similarly, cutting off electricity encourages consumer advocacy groups to protest utilities and their harsh treatment of the impoverished.

In the LG&E test case, prepaid metering and billing was done on a voluntary basis after achieving regulatory approval. Most of the customers that opted for the prepaid system were low-income residents. For them, prepaid metering and billing was a better method to manage their consumption. Rather than wait for LG&E to turn the power back on and pay back charges, the prepaid approach allowed these customers to monitor their consumption and purchase according to their means. It should be noted that the AMPY system used LG&E allows customers to look at their power usage and see exactly how much their load is costing on a per hour basis. If the customer is finding that it costs too much, they can respond by turning off lights or other power drains. As a result, most of the customers have curtailed their usage. Importantly, their ability to better control their consumption through the prepaid arrangement has led to high customer satisfaction among this market segment.

On the negative side, experiments with prepaid electricity in the UK have lowered residential consumption upwards to 22%. This represents a significant loss of revenues to the utilities. Also, prepaid meters are more expensive to install than standard meters. Given these downfalls, we can ask why a utility would experiment with prepaid metering and billing. In each case, the people I asked each responded that if the customers are bad payers, the utility does not receive profitable revenue under the current situation. Prepaid metering and billing improves profitability to serving this market segment.

Given the recent success, changes in regulation may be forth coming to allow prepaid billing in other service territories. It represents a valued choice for consumers and better profits for utilities. 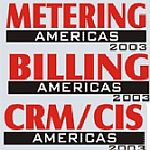