Will the Sysco and US Foods Merger Lead to Higher Prices?

Will the Sysco and US Foods Merger Lead to Higher Prices?

Why is the government concerned with the Sysco and US Foods merger?  Well, these are the two largest companies in the food distribution industry, and after the merger Sysco is estimated to have a 27% market share.

Due to US antitrust laws the government needs to regulate mergers like this as they want to avoid monopolization in any industry. Although a 27% market share is not necessarily a monopoly, it is significant in industry pricing power, especially considering that the next largest competitor in the market only has a 4% share (Brodie, http://www.cnbc.com/id/101367271).

This merger would make the current industry leader, Sysco, even more of a giant in food distribution, which has a lot of Sysco’s customers very concerned about what it potentially means for their operating costs.

Why is Sysco going to Court?

Anti-trust laws make it difficult for two large companies to merge.  Once Sysco announced plans to buy out their closest competitor, US Foods, the government stepped in to review this merger in order to make sure that no laws are being violated and that competition in the industry will not be stifled by this merger.

According to the Federal Trade Commission’s website, “These (antitrust) laws promote vigorous competition and protect consumers from anticompetitive mergers ….”  When two large players in an industry unite, it could cause a monopoly effect and harm the smaller firms from trying to compete.  Will the merger substantially lessen the competitive nature in the food distribution market?  That is for the FTC to decide and if they believe it will do enough harm to this industry they will not allow the merger to happen.  The Federal Trade Commission will begin to oversee this review and Sysco representatives say they expect this process to take 9-12 months.

In the case of the Sysco and US Foods merger, this could mean a change in pricing for Sysco customers as Sysco intends on buying up their biggest competitor—thus eliminating some of the pricing competition.  Sysco’s products are commonly considered a commodity to the customers buying them and therefore the pricing wars between Sysco and US Foods are likely highly competitive.

According to CNBC’s Jim Cramer, Sysco will pretty much be the only national food distributor if this merger successfully takes place, leaving large chains no other option if they want one service provider for all of their locations. This definitely gives Sysco a monopoly like pricing advantage and it’s easy to see why this has the FTC reviewing the facts.

A spokesman for Sysco claims that this deal with help cut costs and make the company more competitive (ibj.com). It is not very likely that Sysco’s customers will see these cost savings being passed down to them. What is likely is that the customers will see their prices increased because Sysco will be a food distributing monopolist as far as national chains are concerned.

What Is the Likely Outcome?

If restaurant have to pay more for their food and kitchen supplies they will have to reflect these cost increases on the menu.  I would not think that the smaller, more localized competitors would be lowering prices to attract more business, as they already aren’t really competing with Sysco.  I would expect a Sysco/US Foods merger to lead to increased prices across the food distribution industry.  I ultimately, however, suspect the FTC will not approve of the merger, as it would lead to a dramatic reduction in industry competition. 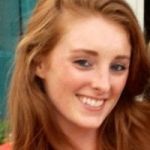