The Starbucks logo wasn’t broke, but they fixed it anyway

Or, how a highly caffeinated culture evolves its brand

Chief executive Howard Schultz had the right idea about evolving the Starbucks logo, but his solution shows some of the hubris that got the company into trouble a few years ago.

Much has been written about their decision to focus on using a symbol, or what they call the “Siren,” without the supporting name ‘Starbucks’ or the word ‘coffee,’ for which they are so well known. Now that the initial excitement has subsided lets examine the rationale behind the logo change.

Starbucks today, has 15,000 stores in 50 countries. Their website states that Starbucks is “the premier roaster of specialty coffee in the world. And with every cup, we strive to bring both our heritage and an exceptional experience to life.”

The best brands are built upon a clear business strategy translated into a clear brand strategy. A  brand strategy is consistently communicated to both internal and external audiences until it becomes the DNA of both employees and customers. Mission accomplished for Starbucks!

Why change the logo?

So why, when a company has all these things going for it, does it want to change a winning formula? I agree with Howard Schultz’s statement in the video on the Starbucks’ website, where he talks about the need to evolve the logo. No question about it that a consumer-facing logo periodically needs to be refreshed to keep the corporate identity current.

Shifting the emphasis from the name Starbucks is where Mr. Schultz made a mistake. The name Starbucks is ubiquitous. The symbol, which I call a mermaid but they call a siren (Sirens are generally known from Greek mythology, mainly via the Odyssey, as sea creature who lure sailors to their deaths), is purely a visual support element and has never been a dominant feature of the identity.

The second big mistake is making such a major identity change by internal staff. Keep in mind that internal staff is surrounded by the symbolism of the brand every day. When you live and breath coffee, you loose the objectivity necessary for an identity evolution. From their website I understand that a major identity firm was brought in for refinements, but I would be highly disappointed to learn that the outside firm drove this solution. 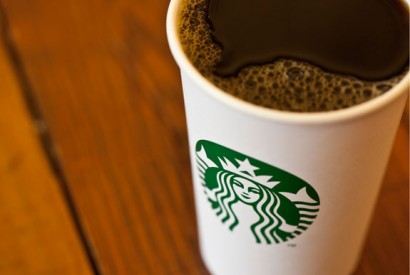 The Starbucks brand has lost favor

For two decades CoreBrand has conducted continuous quantitative research on 800 corporate brands across 49 industries among business decision makers in the U.S.. This research has shown that the Starbucks brand grew both in what we term “Familiarity” and “Favorability” ratings from 2000 to 2007. During that time, “Familiarity” increased from 69 to 92, while “Favorability” grew from 67 to 87 – significant growth.

Since 2007, “Familiarity” remained at this high level – currently 93, but “Favorability” has declined steadily and is currently only 75 – a significant decline.

Starbucks’ own website has many blog entries that provide interesting insights into the disconnect regarding how “Favorability” could decline while “Familiarity” remains so strong:

“I am a small Starbuck’s stockholder and an advocate for the brand as well as the concepts relative to it. I travel often and one of the first things I do upon entering a new country is to ask if they have a ‘Starbucks?’ How am I going to ask now? Do you have a coffee shop with the picture of a ‘siren?’ I like the old Logo.”

“I think many may view the logo change as corporate arrogance.”

“Actually, I generally always say, ‘I’m getting Starbucks, anyone want anything?’ And I know plenty of other people who say the same thing. Starbucks is quality coffee and coffee accessories, not a siren or mermaid or whatever she is. I don’t even know how she is associated.”

Dropping the “Starbucks” and the “Coffee” from their logo, and turning their symbolic mermaid into their well-known green coloring, is not a strong enough change to create a usable “symbol only” corporate identity. It will only serve to confuse consumers who are not as familiar with the company and are these not the people the target audience of a company trying to broaden its product line?

This symbol is not the Apple logo, which is an APPLE. It is not the golden arches of McDonalds. It is not the Nike swoosh. All of these identities are simple and clean symbols that evolved over time. The mermaid is a complex design, and while most loyal customers will recognize this symbol as “the coffee formerly known as Starbucks,” it bucks the very strategy of why they needed to evolve the logo in the first place.

That strategy was to appeal to a broader audience with new products beyond coffee. In this effort the new symbol will fail, or it will take more marketing dollars than necessary to make it work.

James R. Gregory is the founder and CEO of CoreBrand (www.corebrand.com), a global brand strategy and communications firm. The company helps clients develop strategies to improve their corporate brands and bottom-line performance. James is credited with developing pioneering and innovative tools for measuring the power of brands and their impact on a corporation's financial performance. He has written four acclaimed books on creating value with brands: Marketing Corporate Image, Leveraging the Corporate Brand, Branding Across Borders, and, his most recent work, The Best of Branding. For more information, James can be reached directly at (212) 329-3055 or JGregory@corebrand.com. 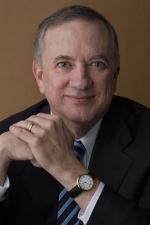 Are You in Control of Business Strategy Drivers and Effective Decision Making?